Langcliffe Singers could not operate without our keen team of Music director and accompanist. Allow us to introduce them to you on this page. 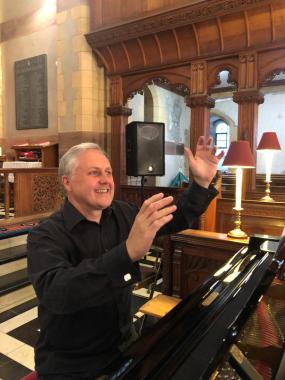 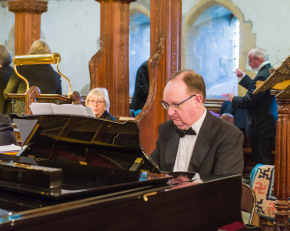 In 1993 the choir was fortunate to gain the services of Brian Heaton as accompanist. Brian studied piano at the London College of Music and, after graduation, studied accompaniment at post-graduate level at the same institution.  He has participated in many master-classes with artists such as Roger Vignoles and has partnered a wide variety of players and singers including Nigel Kennedy, with whom he performed in the presence of Sir Colin Davis.  For many years he was the accompanist of Chiswick Choir one of West London’s leading amateur groups. He combines accompanying the Langcliffe Singers with teaching and accompanying throughout the North West, and also conducts ensembles at Skipton Music Centre.