May 2018 provided Langcliffe Singers with an unusual opportunity to display their talents, with a performance at an industrial heritage site. Indoors and partly outdoors  (an unusual event in what must be one of the rainiest parts of the UK).

The performance was of just one piece Beethoven's Ode to Joy, further details and links to recordings below. 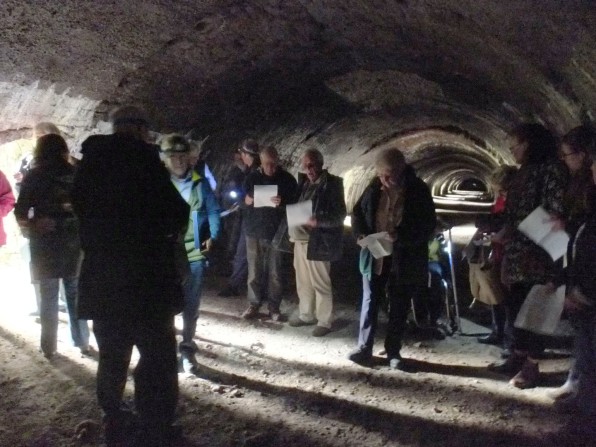 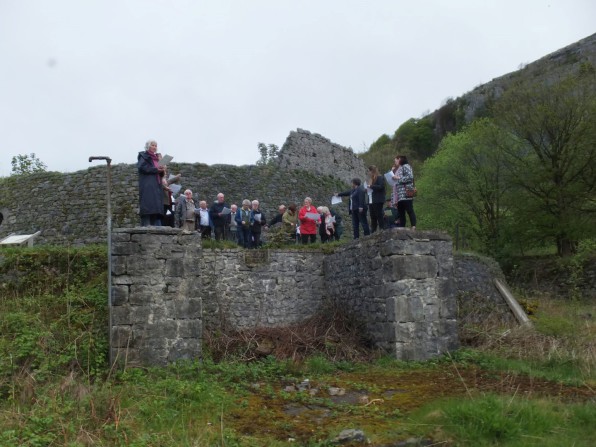 One of our singers is a member of E-Faith (European Federation of Associations of Industrial and Technical Heritage), a European industrial history group, who suggested singing Ode to Joy at industrial heritage sites as part of the European Year of Cultural Heritage.

Langcliffe Singers chose to participate in the #Ode2Joy challenge (described as "a participatory creative and social media initiative celebrating Europe's cultural heritage - both tangible and intangible - on the occasion of the European Year of Cultural Heritage, 2018. It was , launched by Placido Domingo, asking to perform, sing, play, dance,...Beethoven's masterpiece at a heritage site which matters to you...9 May/Europe Day will be the focal point of the #Ode2Joy Challenge with as many performances/contributions as possible from across Europe (and beyond) to be live streamed or recorded and posted.

Langcliffe Singers chose Langcliffe's own remarkable Hoffman Lime Kiln to sing the piece in and outside.

We did two recordings inside (one a few metres away - one from around two thirds of the way down the kiln), and one outside (aided by a passing train and some particularly lovely birdsong!)​

More information about the kiln